Davis Lee climbed to the top to win the boys championship. Lee shot +3 today to finish (76+75=151), just two shots ahead of round 1 leader Jordan Terada who posted a (79) today to finish (74+79=153). Lee and Terada will be representing the Aloha Section in the Boys Junior PGA Championship which will be held at Valhalla Golf Club in Louisville, Kentucky, one week after the girls’ event.

In the Boys 13-15 Division, Joshua Chung won the boys title while Lacey Uchida took the girls title. Justin Todd was victorious in the Boys 11-12 division and Teal Matsueda claimed the Girls 11-12 championship.

On behalf of the PGA of America we would like to thank Kevin Ginoza, PGA and his staff at Waikoloa Golf Courses for their support in hosting our event. 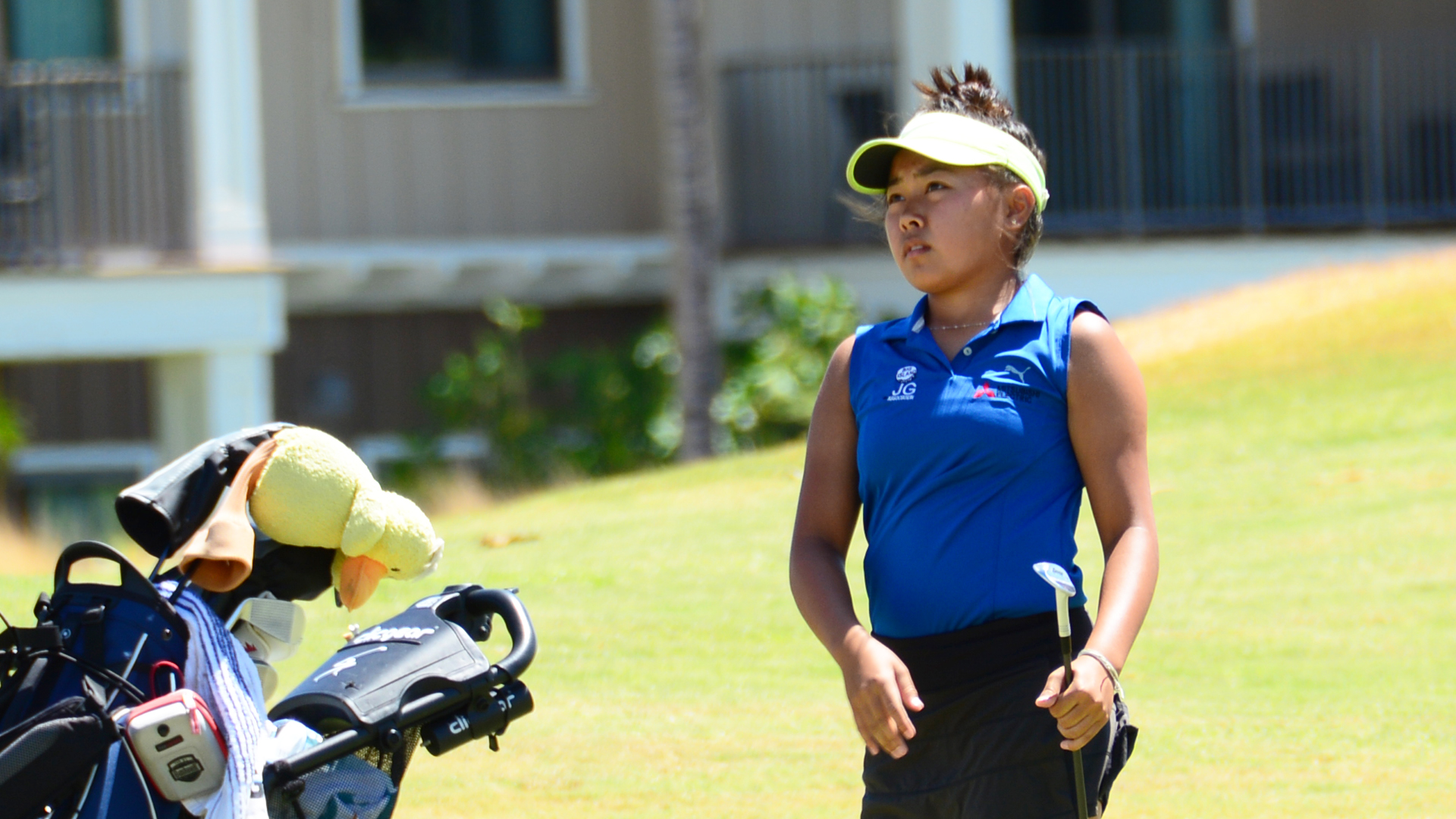