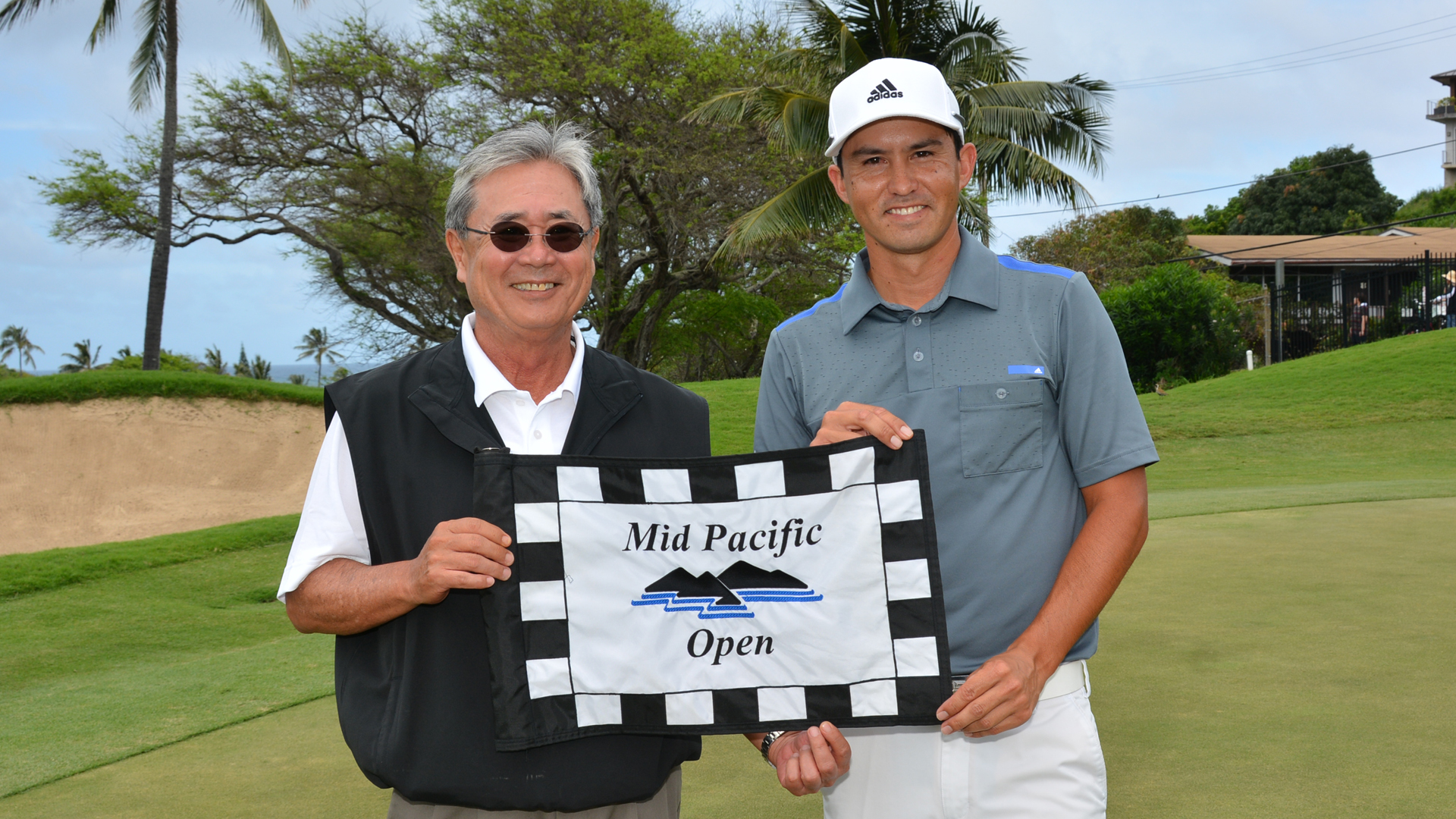 LANIKAI, HAWAII – APRIL 22, 2018 – In near perfect golf weather after severe flooding last week, Samuel Cyr took advantage of his lead, birdieing four of his first five holes, giving him room for comfort ahead of the competition.  Cyr finished the tournament at -11, carding (67+71+69+70=277), earning a $15,000 payout. He finished three strokes ahead of past-champion Parker McLachlin and Damian Telles, each of whom will earn an $8,500 payout this weekend. Justin Keiley kept up with the leaders throughout the weekend, finishing at -7 and earning $5,000. Defending Champion Jared Sawada finished at -5 for the tournament, putting him in 5th place.

In Championship Flight, defending champion Tyler Ota (291) again captured the low amateur title. After a rough start on Sunday, Ota would eagle the 5th hole, giving him some momentum to finish the weekend. Remington Hirano finished seven strokes off the lead at +10.

On behalf of the ALOHA SECTION PGA, I would like to thank the members of Mid-Pacific Country for sharing their golf course with all of us over the last five days. We look forward to having you join us again in April 2019 for at the 61st MID-PACIFIC OPEN.

About Mid-Pacific Country Club: Located in the world renowned community of Lanikai on Oahu’s picturesque windward side, the private Mid Pacific Country Club has provided its members with spectacular views, first class golf and a retreat from everyday life for over 88 years. The highly acclaimed golf course has hosted some of the finest golfers in the world and the large Clubhouse provides unrivaled entertainment venues. Nestled between the Ko’olau Mountains and iconic Mokulua Islands, “Mid-Pac” is truly a very special place for the young at heart.

About the Aloha Section PGA: The Aloha Section PGA was established in 1976, and today is comprised of over 230 golf Professionals working at over 90 facilities within the Section. The mission of the Aloha Section (ASPGA) is that purpose of the PGA of America, to promote the enjoyment and involvement in the game of golf and to contribute to its growth by providing services to golf professionals and the golf industry. The ASPGA provides competitive playing opportunities, educational seminars, and growth of the game initiatives, within the state of Hawaii.