Cheer on Hawaii’s best junior golfers as they pair up with PGA TOUR pros in the Hawaii Tourism Authority Pro-Junior Challenge, an official event of the 2017 Sony Open in Hawaii on Tuesday, January 10th at 2:45 pm.  The format for the entire competition (all 3 holes) is a 2-person scramble. The Pro and Junior from each team drives from the #10, #11, and #18 tee boxes.  This free community event also raises funds to benefit the Hawaii State Junior Golf Association (HSJGA) from participating pro purse donations and generous sponsor support.  Additional sponsors for the event include Monarch Insurance, Aloha Section PGA and KHON 2 FOX-TV.

Junior qualifying for the Challenge is an annual, season-long points competition administered by the Hawaii State Junior Golf Association. HSJGA golfers earn points at each competition sanctioned by the organization throughout the year. Points are calculated based on their performances and awarded for special achievements like Player of the Year honors. 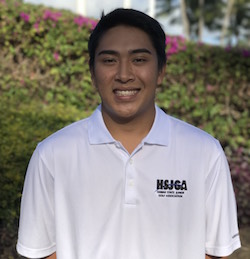 A senior at Maui’s Baldwin High School, Justin Arcano started playing golf at age 4 for fun.  Now that he’s older, he considers golf both fun and challenging.  He hit a hole-in-one when he was 10 years old. Last year Justin represented Hawaii in the prestigious 2016 U.S. Amateur Four-Ball Championship at Winged Foot Golf Club in Mamaroneck, N.Y. and has qualified to play in the 2017 U.S. Amateur Four-Ball Championship at Pinehurst Resort & Country Club in May. His favorite school subject is photography.  He also enjoys body boarding and working out. Justin looks forward to participating in the HTA Pro-Junior Challenge and learning from the pros. 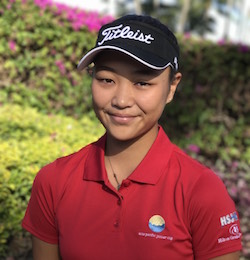 Punahou School junior Claire Choi hit balls when she was a baby, but did not pick up competitive golf until the 8th grade after her grandparents encouraged her to pick up the sport again.  She enjoyed the competitive play in the sport and that “every time I played better it gave me motivation to do better the next tournament.”  Claire said she likes that she can play golf with her friends and be rivals with them at the same time.  Golf has allowed her to meet new friends from all over the world.  “Although it is an individual sport, I think golf is a sport where you can grow long-lasting relationships because you can play this sport at any age,” she said. Qualifying for the 2016 U.S Girl’s Championship and Girl’s Junior America Cup were a couple of her greatest achievements. Claire is bilingual in English and Korean and her favorite school subject is history.  Claire hopes to learn from the pros about how to handle pressure and play in front of an audience. 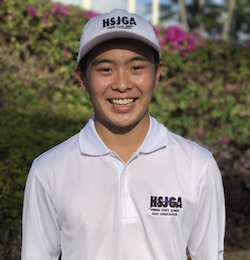 Zackary Kaneshiro was 7 years old when he started playing golf with his grandfather who would take him to the range to hit balls. Now a senior at Mid Pacific Institute Zackary returns to the HTA Pro-Junior Challenge after being paired with PGA TOUR China pro Hao Tong Li in last year’s event.  Zackary will join the men’s golf program at Santa Clara University after he graduates from high school this year.  He qualified for the USGA Junior Amateur twice (2014 and 2016) and twice at the Junior World in San Diego (2013 and 2016). Math is his favorite school subject because he likes the challenge of solving problems. Zackary has volunteered with golf brands Acushnet, Titleist and Footjoy at their demo days and participates in his school’s Interact Club doing community service projects and helping at MPI school events. He hopes that participating in the HTA Pro-Junior Challenge will give him more experience playing with pros and in front of an audience. 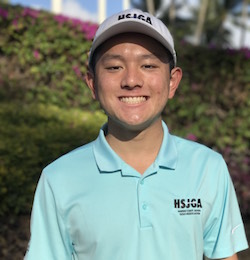 Punahou School junior Evan Kawai loved golf from his first swing at age 5 when his grandpa took him to the driving range.  He has already hit 4 hole in ones in his young life and says golf gives him something to work at daily. Evan is proud to have consistently passed the HSJGA Rules Quiz because it allows him to play the tour all summer.  “Without passing the quiz, there is no way for me to make it to the big events on the mainland,” Evan said, “So I honor the rules quiz very much.”  His favorite school subject is English because it adds to his perspective of the world and life. Evan has faced several injuries, but says he conquered them by working out and having a balanced schedule.  He hopes to have fun during the HTA Pro-Junior Challenge and ask the pros about their lives on the PGA TOUR.

A junior at Maryknoll School, Allysha Mateostarted playing golf at age 8 years-old after a classmate showed off his golf medal to their tennis class.  She then decided to try out for golf too. Allysha says golf has allowed her to make many lifelong friendships and relationships that will help her in the future.  She has also learned many lessons that have been able to help her on and off the golf course. “A challenge that I face and continue to face is overcoming my weak mental game,” Allysha said, “I address this by continuing to do self-talk and thinking positively.” She recently committed to BYU to play college golf at the NCAA Division 1 level.  Her favorite school subject is math because she enjoys working with numbers and solving problems.  During the HTA Pro-Junior Challenge she hopes to learn some drills and skills from the pros in order to improve her game and grow as a person.
Photos by Jason Kim
Full article and for more information, click here.
Share this post
FacebookTwitter
About the author