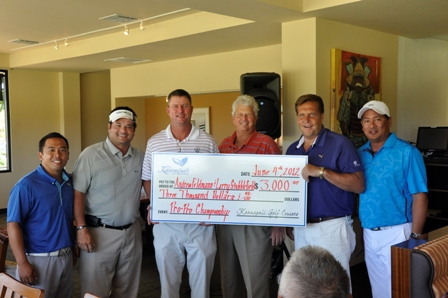 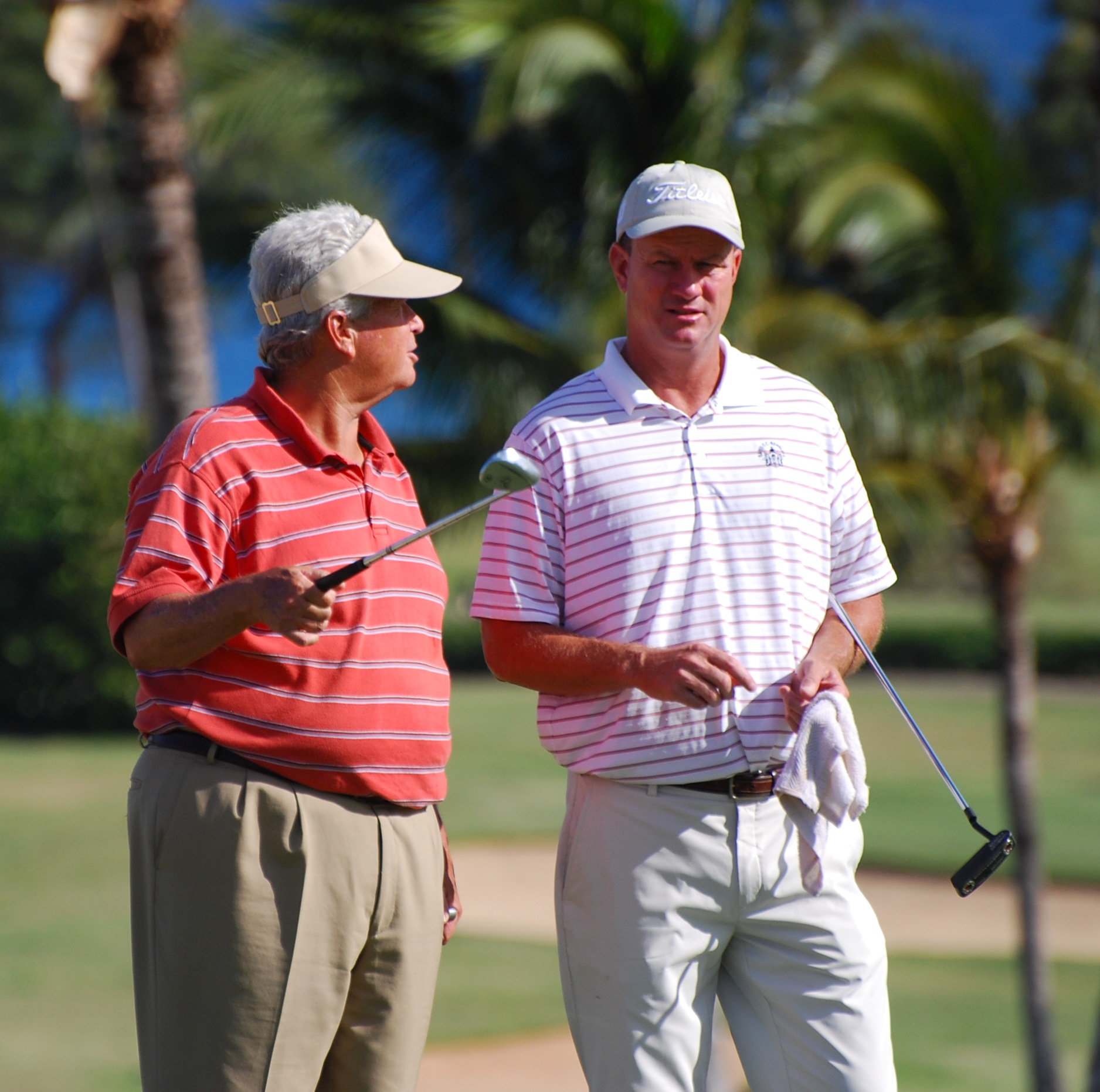 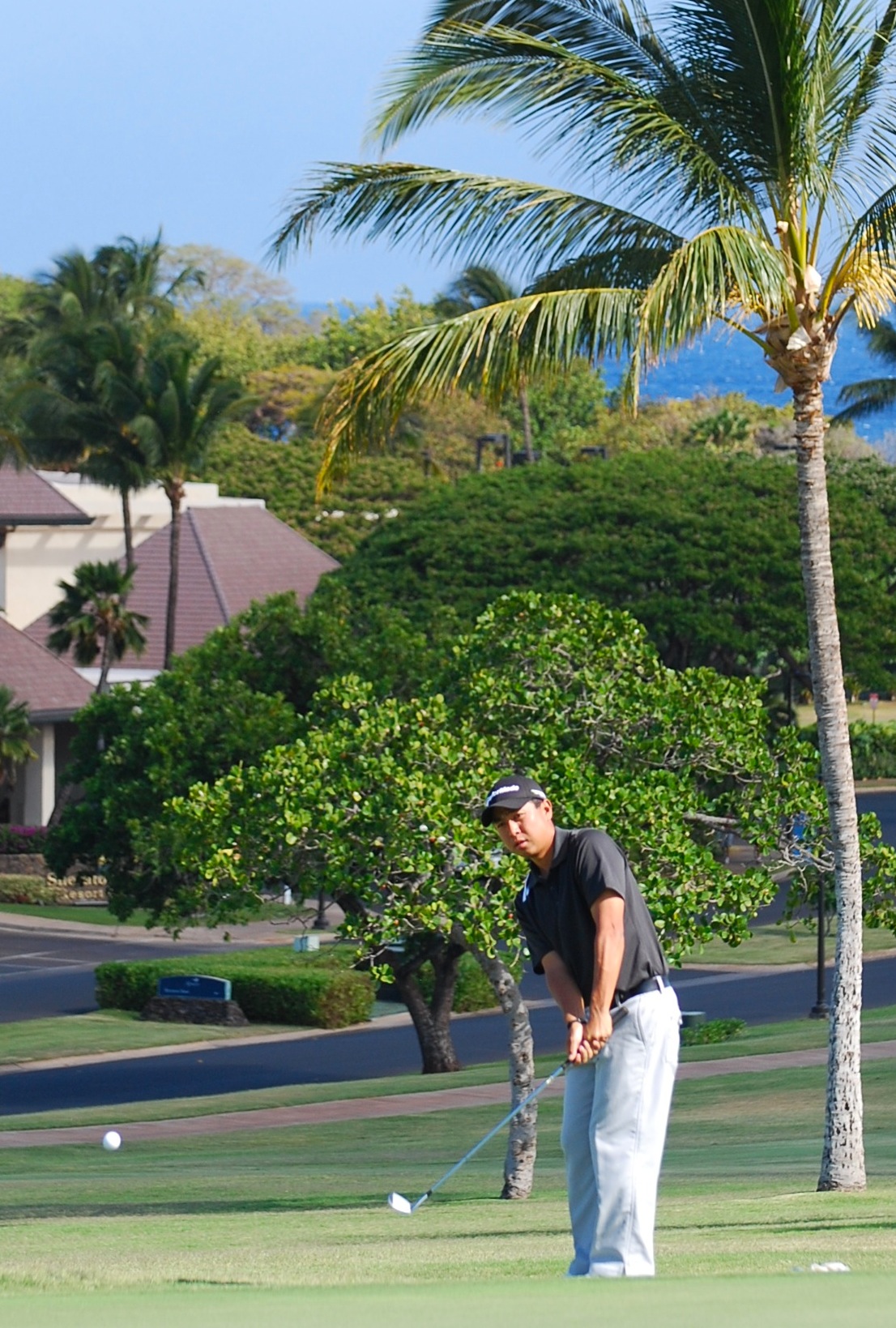 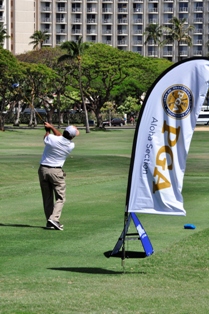 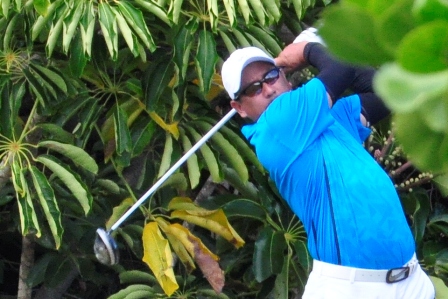 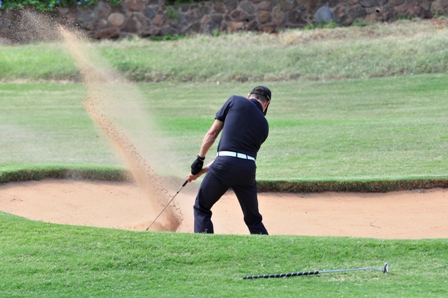 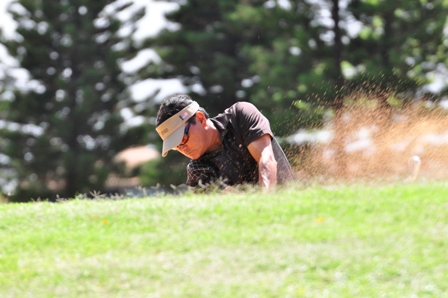 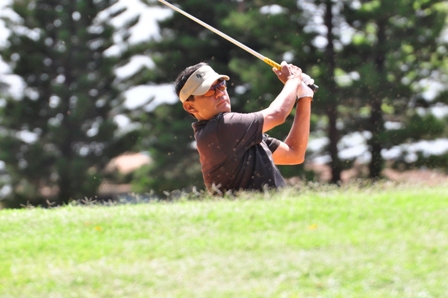 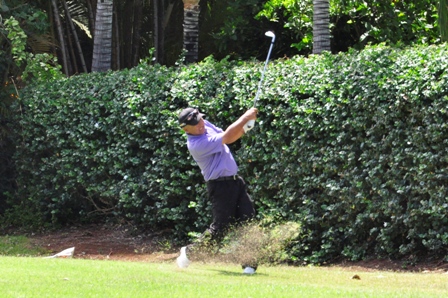 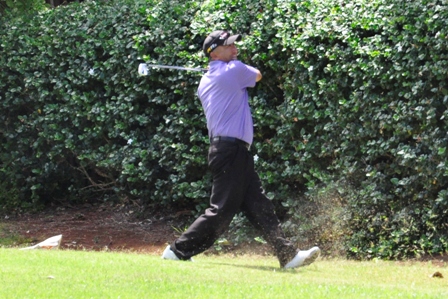 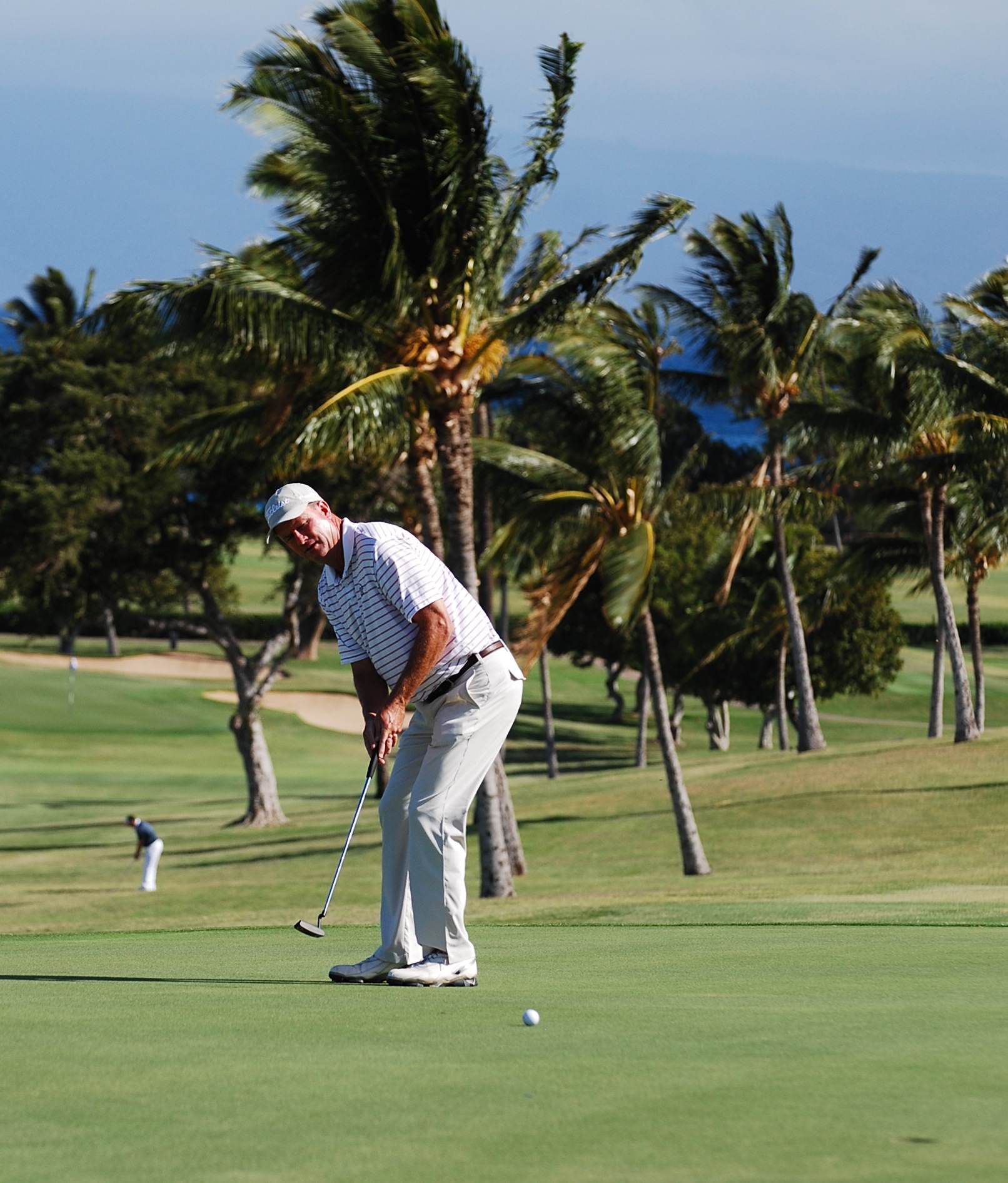 Stubblefield & Feldmann take home the Champions Check for $3000 at the

(LAHAINA, HI) – And one more win makes ten.  This is the 10th win for team Larry Stubblefield and Andrew Feldmann – twice now at Ka’anapali for the Pro-Pro Championship (previously in 2006), seven wins at Oahu Country Club for the Nike Golf/Golf Concepts 4-Ball Match Play and once at the Big Island Candies Scotch 4-Ball Championship. The winners were four strokes back going into the final round today and shot a 67 (-4) for a two-day total 132 (-9).

It all came down to the infamous 18th hole on the Royal Ka’anapali Course, which has caused many a loss or win in tournaments over the last 50 years.  In 2010, Feldmann and Stubblefield were in the lead by one stroke going into 18 and they doubled the hole to lose by one to Ron Castillo Jr. and Wade Nishimoto.  But today was different – there were no bogeys on the scorecard for these winners and they edged out the round one leaders, Kyle Hayashi and David Braxton, by one stroke to take home the title and a check for $3000.

The 2012 Ka’anapali Pro-Pro Championship presented by GPS Industries and Golf Now is the largest statewide professional golf tournament, held annually for the last nine years.  Two-person teams play 36 holes in a better ball format and this year’s event brought in 68 professionals from across Hawaii to play for the $11,000 purse.

Ka’anapali Golf Courses PGA General Manager, Ed Kageyama comments, “This is a great event for camaraderie amongst the professionals across the state – that combined with good food at Roy’s and a little friendly competition creates an overall fun weekend for everyone.”

Braxton and Hayashi (both of Maui) had a four-stroke lead going into today but ran into some trouble on the back nine.  Braxton said, “We were two under on the front, but then we both made bogey on 11 and then we both went OB on 12 and doubled that hole.” They were up and down the rest of their round but finished the day +1, for a two-day total of 133, just one stroke off the champions. Braxton continued, “Today was tough – once we had those two bad holes, it was hard to get them back – the Royal Course back nine is tough.”

Kevin Shimomura of Honolulu (originally Maui) made a hole in one today on the par 3 Royal Ka’anapali 8th hole. Shimomura played a cut 4-iron from 193 yards on this uphill crosswind hole where it hit on the ridge and slid left.  “We didn’t see it roll in from the tee  -we didn’t know it was in the hole until we got up to the green and only saw three balls there and we couldn’t find mine – that’s when we looked in the hole,” commented Shimomura. This is Kevin’s fifth hole in one, but first at Ka’anapali. Shimomura T2 in the 2010 Ka’anapali Pro-Pro Champions where he was paired with Ben Hongo.

Winners, Stubblefield and Feldmann are no strangers to the leader board in Hawaii’s Aloha Section PGA and statewide golf tournaments.  This dynamic duo plays to each other’s strengths and it’s like watching Tiger on a Sunday – you never know what tricks Feldmann and Stubblefield have in their bags and it’s not over until their last putt is sunk on 18.

Feldmann commented about the round, “Today was good, we didn’t have any bogeys – Larry got us started with a great birdie on #4 and then I made one on the par 5, 6th hole – I knew that there would be others that made birdie on that hole and felt like we really needed to make a four.”  He continued, “I had a solid drive which left me with a 185 yard uphill shot – I hit my 5 iron and got it on the green, giving me a 25 foot putt for a chance at eagle.”  Feldmann would miss the eagle putt but tapped in for birdie. They each made one more birdie on the back for a total of 4 under for the day.

Feldmann recalled the loss in 2010 when he and Stubblefield bogeyed the final hole to lose by one.  He shook his head and added, “I knew it was close again this year and we weren’t taking any chances – I pulled my 3-iron and knocked the approach to the back fringe of the green and was able to two-putt for par.”

In regards to the tournament Feldmann said, “We love coming over to Maui – this is like a mini vacation for us and it’s fun pairing up with Larry – he is a great partner and he not only made two great birdies today, he also saved par for us a few times.” After the winner’s check was presented, Feldmann concluded, “This event is always fun – we enjoy the format and being able to play both Ka’anapali courses – the greens were rolling really nice this weekend –

For a list of full results and purse payouts, visit http://bit.ly/McbDNq.

The Ka’anapali Kai Course – a par-70, 6,400-yard gem – places an emphasis on proper club selection and placement off the tee, allowing for better approach shots into the large, bunker-protected greens.  The resort underwent a $13 million renovation in 2005-2006 and earned a 4.5-star rating (of five) by Golf Digest in its “Best Places to Play” guide.  Ka’anapali was selected by The Golf Channel to host “Big Break Ka’anapali” in 2008.  For more information or to reserve a tee time: www.kaanapaligolfcourses.com, 808.661.3691.